I got in a little over 12 miles running this morning and then hoped to head for the zoo. Unfortunately, it being a Sunday, I think the buses run less frequently and I wouldn't have more than a couple hours at the zoo. At NZ$28 to get in, I want to make sure I have plenty of time to walk around and while I'm really only interested in going to see the native flora and fauna, since apparently some very large percentage of New Zealand's bird species are unique to New Zealand, I wouldn't have made it in time for the zookeepers talk on NZ birds. 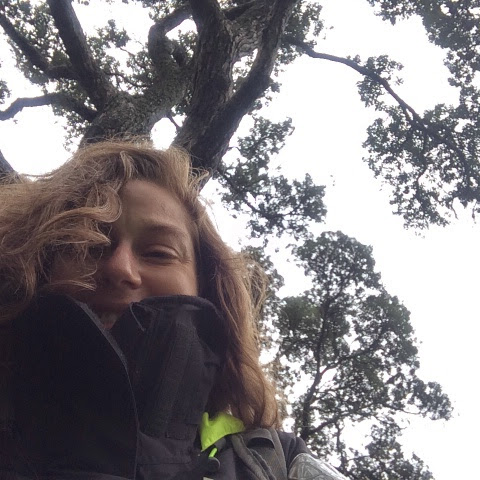 All I'd had to eat thus far was a Clif bar and some shot bloks on the run, so I'm pretty famished. I wandered down very cute Vulcan Lane, full of little cafes. I finally settled on Vulture's Lane, a craft beer pub. I think my pint of dunkelweizen, which is quite smooth and lovely, will be a staggering NZ$9 or so a pint, and I ordered mac and cheese with sausage to go along with it. I thought the burgers in the Cooks were crazy expensive at NZ$8.50+, but they were twice the size and twice as good as the one I paid NZ$15 for at Sandbar on Waiheke. The burgers here looked good and enormous, but the mac and cheese was a good call, comforting, and fair at NZ$10. It's blustery and cold out, so I sat right next to the little fireplace and got all toasty warm. 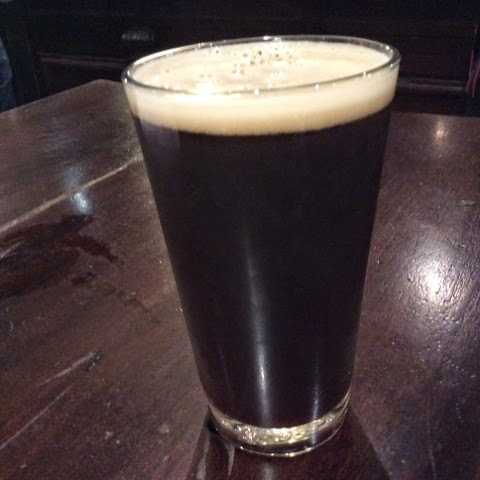 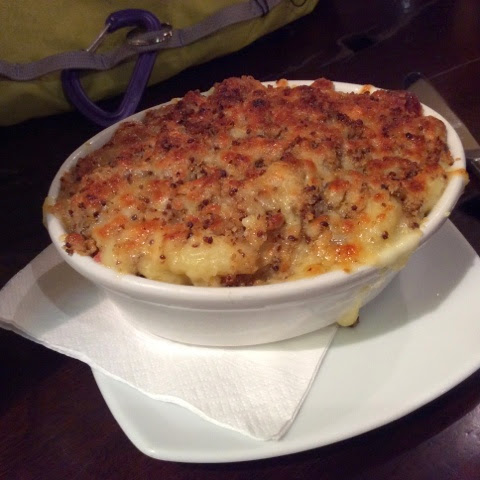 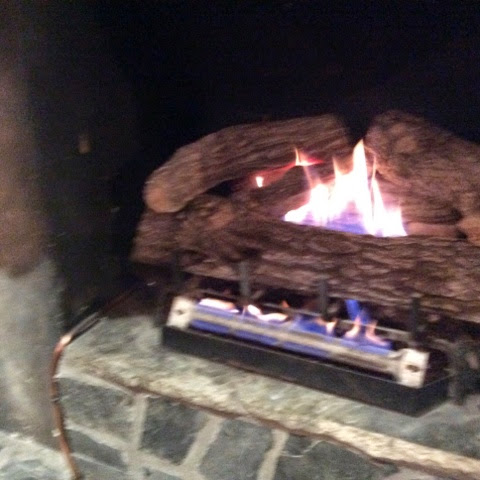 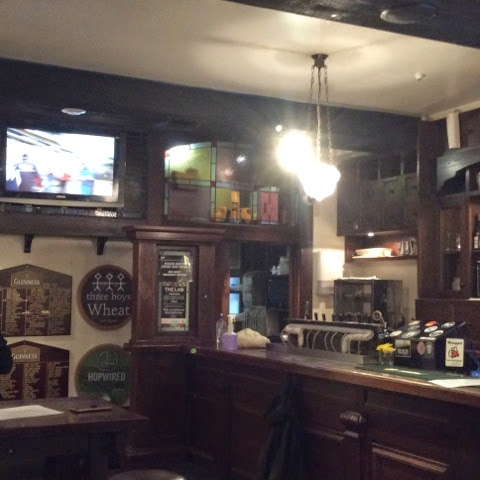 I needed to figure out where to wander about and the tourism authority magazine I was browsing mentioned that the Auckland Art Gallery is free of charge. The bartenders pointed me in the right direction and I walked just a few blocks up to the art gallery. I took about an hour and half to walk through then headed to adjacent Albert Park. The park is quite lush and beautiful. From what I've seen so far Auckland is a beautiful city. One of the things that has made me love it as a runner and pedestrian is that there are water fountains and clean, safe public restrooms all over. They were conveniently located along my waterfront running route (likely for beachgoers in summer) but I also spotted ones in Albert Park. I could definitely see myself living in New Zealand, which is pretty rare for me to say. 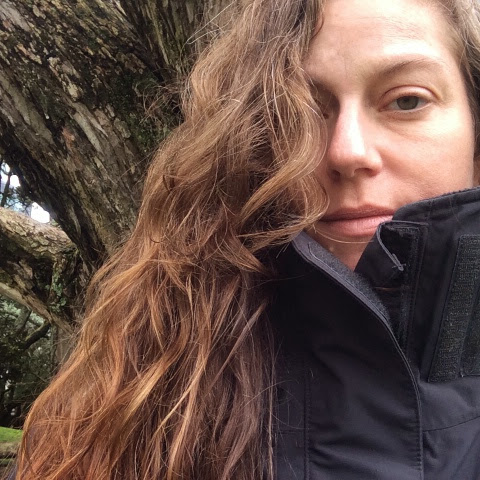 I walked up past the Sky Tower and made a large loop around the Central Business District. I went into a pub but as I've found too often here, there was a long bar with no bar stools. It's very unwelcoming to someone on their own because I don't want to take up a large table or couches by myself, but I also want to be comfortable. It'd also be nice if the atmosphere were more conducive to meeting people, though, alas, I haven't actually spotted any hot Kiwi guys yet. I strolled back out the other side and headed to the grocery store a couple blocks away. I needed some food for breakfasts, though I'm nervous about putting it in the communal fridge at the hostel. Prices in the grocery store are, of course, far more reasonable. In theory I could cook all my meals at the hostel, but not eating out in a new city seems a crime to me...dining out is the best way to experience the city, its flavors, and people watch. I'm not here to shop and there is only so much window-shopping I can take since it simply enhances the feeling of poverty. But if I'm just famished and need to eat, I'd rather grab something at the grocery store and save a bit than eat junk. I had possibly the worst quasi-Mexican food ever at Mad Mex a few doors down from the hostel. And I sure didn't come half-way around the world to eat fast food I can eat back home (and I don't want to break my fast-food-free streak going all of 2014 so far). Eating out also provides a place to sit and study maps and travel information, write these blog posts, and just not be sitting idle on my bunk in the hostel, which would be totally depressing.

On the way from the grocery store I stopped at another pricey pub with no bar stools. It looked more happening and inviting from outside. The hot mulled cider was good on this cold day, but I'll find a better value for my money for dinner tonight. Since I have no idea where I'm going once I check out on Wednesday, I think perhaps this evening I should start looking at the bus and train options and whether I can afford to grab a hostel in Waitomo and then in Rotorua. I could so sink into a geothermal hot spring or mud bath after I have to run 14 miles next weekend. So, we'll see. It's all up in the air, which is nice and nerve-wracking at the same time, but I do prefer to be able to just set my own agenda as I see fit and go with my whims. So it's really only budget that constrains me, so I just have to be especially creative.

Good news: the bar attached to the hostel has a deal for backpackers at the hostel where if I buy any pizza at regular price, I get a jug (about 2.3 pints) of house beer "free." I had expected to buy the NZ$12 jug of beer anyway, so for it to come gratis with my NZ$11 Hawaiian pizza was a no-brainer. I could defintiely have eaten a medium pizza rather than just a small, but for tonight it will do just fine. The atmosphere is pretty cute and my room actually looks down onto the rooftop bar area where I'm sitting. 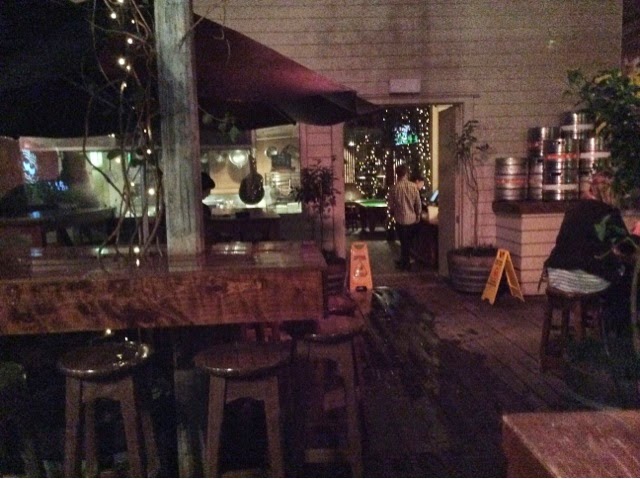 On my run this morning I passed Okahu Bay, which was my 3-mile mark and turnaround on earlier runs. I passed through Mission Bay, Kohimarama Beach, and hit my turnaround point at St. Hellier's Bay. From downtown until Okahu there were only a handful of other running or cyclists on the path, but from Mission Bay onward there were a lot of folks out, running, biking, walking dogs, and even kayaking in the cold and wind.
Posted by Suzy at 2:57 AM