A rare night of uninterrupted, peaceful sleep a few nights back. When I awoke I looked up at the port lights and saw snow. That would account for sleeping well, snow brings a peaceful hush over the world as it falls.

Also a rarity--the amount of snow received was exactly as predicted: one inch. Usually, we would either get half a foot or nothing based on such a prediction. When I went ashore about 8AM it was 15 degrees outside, 60 inside the cabin, and 45 in the engine room. More ice than I am really comfortable with was forming even in the deeper slips. 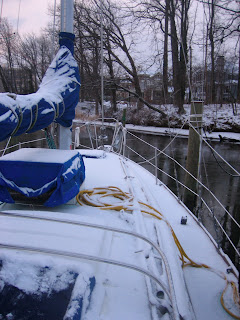 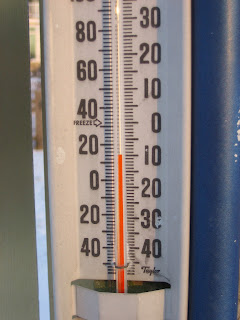 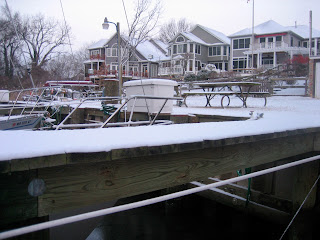 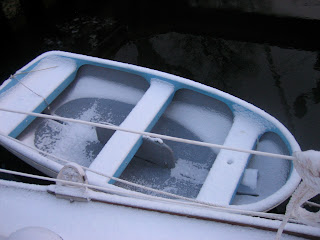 I have been staying warm enough, but am used to keeping the thermostat down to save money. My concern now is all about keeping the engine and other systems from freezing. Getting on and off the boat in the snow is definitely more perilous and I try to minimize trips ashore because every time I have to get on or off the boat I risk slipping. With the very low tides, I often have to sit down on the finger pier and then jump down on the deck. Sitting in the snow, and laying or kneeling in it to get off the boat, are not so fun... yep, "living the dream" as they say. 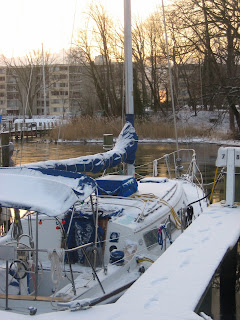 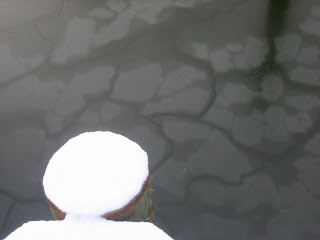 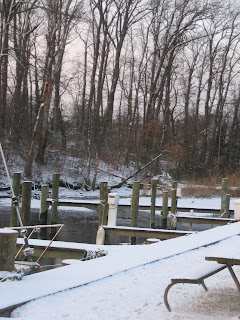 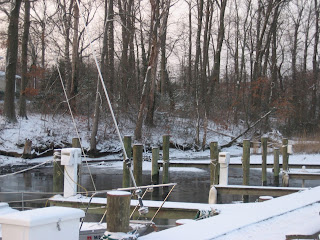 The pup dog doesn't let a little snow stop her from playing ball and chewing sticks. But on these very cold days she has frequently stopped, yelped, and hopped with a paw in the air when little chunks of ice got between her pads. At least she knows to look to me to help her; she hops and then lays on her side for me to remove the offending snow and ice and warm her pads up a bit. Last night her ramp was covered in snow, but she went right up and down it without a hitch; she's a trooper! 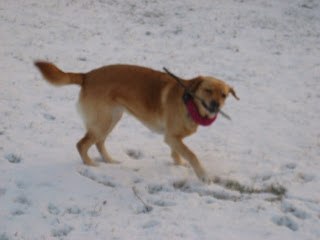 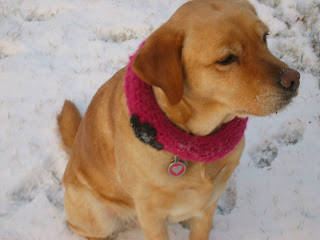 Quite a bit of ice had been forming in the slips and I was happy to get the go-ahead to flip on some of the ice eaters. They really move the water and break up the ice quickly. 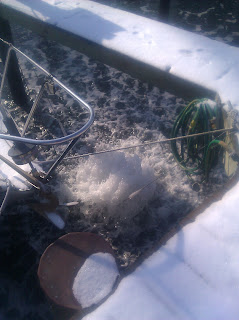 Even got to plow through a little ice on the bay taking a dinghy ride across the creek to visit friends for happy hour. Heading out by dinghy while the snow is falling certainly shows commitment to the liveaboard life, or insanity, or both.
Posted by Suzy at 12:59 PM

Labels: liveaboard, pets aboard, winter aboard