two months aboard and counting

Well, I have made it past my two-month anniversary aboard, which was back on December 2. I guess it was fitting for that anniversary that I went "frostbiting" that afternoon--sailing races in the cold weather. I have managed to connect with a couple who owns a J/80 race boat and was kind enough to let me tag along as crew--though I was really just ballast (or "rail meat") during the races. But before the first race they handed me the tiller and had me tack back and forth across the Severn as we waited to line up for the race start. I went into it with the view that as long as I did not go overboard or cry, it was a successful day; I didn't come close to either. Captain and crew were very patient and throughout the races explained what they were doing and why and instructed me on various aspects of the rigging and terminology. It can seem like an overwhelming amount of information, but if I stick with it through the winter, (they break for late December and January, but pick back up again in February), I think I will have a very good head start for learning to sail my boat in the spring.

On Monday I finally managed to get out to a firing range and shoot my 12 gauge shotgun and have the bruises to prove it. My friend's AR-15 and Glocks seemed like a breeze in comparison. Just a dozen rounds, half bird shot, half buck shot, and my shoulder and upper arm are black and blue. I did lean into the butt as advised, but that gun is going to have a hell of a kick for me no matter what I do. Gratefully, if I ever need to fire it, one or two shots will clearly suffice. I'd be loathe to fire it in my boat and damage her, but if self-defense required it, at least now I know what to expect from the gun and how to use it. I would never shoot unless it was self-defense, which includes shooting nature. If a bear, mountain lion, or alligator were a threat to my pets or myself, I would defend us, just as I would against a human threat, but I just can't wrap my head around people killing wildlife for entertainment. 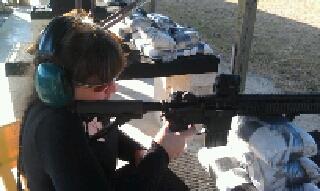 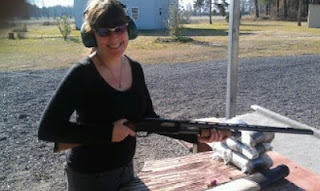 I had been expecting to get hauled out and be making major repairs to the boat tomorrow and Friday, but my friend who was going to help me took a boat delivery gig and won't be back for a couple of weeks. Now I have to scramble to find the needed help, hopefully find a discount on the parts, and find a good yard for the haul. Getting hauled in Annapolis is just silly expensive, and some yards require that you use their vendors rather than do work yourself. Some of the repairs are important safety issues, and I know I will sleep better going out of town for races this month and next if those repairs are already complete. Some five or six seacocks need to be replaced, a primary automatic bilge pump serviced or installed, the secondary bilge pump (currently a shower sump) likely to be replaced, and was hoping to replace vent hoses and install a new toilet and an ElectroScan. The seacock and bilge pump work is definitely best done out of the water, and the head upgrades would be easier that way, especially with the opportunity to pump out right before so the system is as cleared out as possible. I would also like to get the boat named changed, which is much easier to do on the hard rather than trying to work from a dingy or float. I know the boat name is not a safety issue and may seem a frivolous expense when I am so broke, but I know getting her re-named will somehow seal our bond.

Wish I could also get that chartplotter for my heart, but they sure seem hard to find. Missing my floppy-haired sailor guy but never quite knowing if the feeling is mutual. Friends here have never seen me fall for anyone before; I shoot most guys down, refuse to date, and am incredibly picky. I've settled in the past and don't ever want to do so again. Friends here have said a guy I'm sweet on is crazy not to do everything in his power to have me with him. I appreciate the sentiment, though I also don't want the responsibility of someone's life centering around me. To me, real love requires two whole, autonomous people who are better together, but are able to stand alone. But I also know that what you don't nurture cannot grow and will eventually wither. Are weather updates and photographs as he heads south his way of showing I'm missed and in his thoughts... or are they just weather reports and photos? Being left to wonder leaves something to be desired.


Headed over to Port Annapolis yesterday evening for sundowners and got to catch up with the folks whom, my income and skills permitting, I will caravan with down the ICW next fall. I'm so grateful to have met such wonderful people through living aboard. I often hear others also comment that one of the best parts of living aboard is the wonderful community of fellow liveaboards you meet and the lifelong friendships that develop. I have certainly faced some challenges and frustrations aboard, and will continue to do so, and the encouragement and camaraderie of my fellow liveaboards here is priceless.
Posted by Suzy at 12:00 PM