I checked out of the hostel on Saturday morning, stowed my enormous bag at the travel shop for a couple of hours, and set out for something to fill a couple hours before the bus to Tauranga. I'm glad I took the time to find the stop for the Naked Bus because it was on a block where only one storefront had a street number visable and there was no sign or anything to indicate that was the bus stop. I happened to see a sign for a shuttle to the aquarium and it listed the same address as the Naked Bus stop, so I crossed my fingers that I'd found the right spot. Thankfully, when I showed up lugging my enormous, heavy bag there were two buses lined up and one was indeed the one I needed.

In the meantime, I was looking for some breakfast/lunch because the bus ride would be three hours right around lunch time and it's never fun to arrive somewhere new famished. I noticed some tents ahead and happily discovered the Saturday farmers' market. I had a beef empanada from one stand and a ham and cheese croissant from another, both delicious. 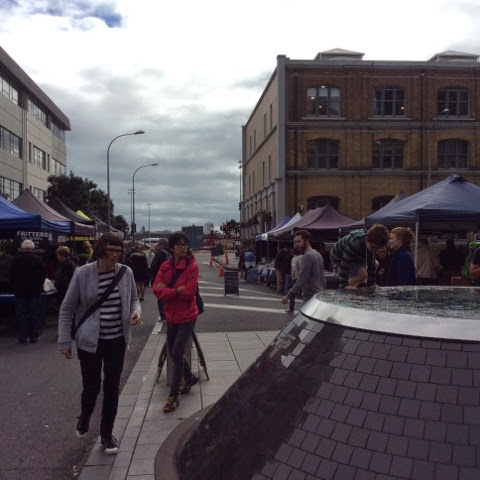 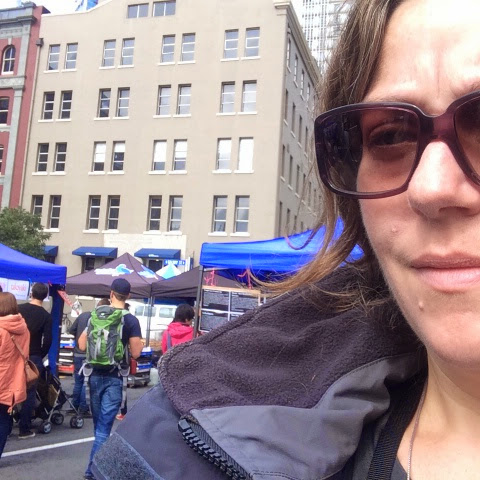 The farmers' market was breakfast, I got on a bit of wifi at the travel shop, and then I figured I needed something for lunch before heading for the bus. I decided to try out The White Lady bus parked by the hostel. It looked and smelled good, but I hadn't tried it before because a cheese burger is NZ$10 and it's only take-away. To get a burger, fries, and shake is NZ$20! But the burger was admittedly quite juicy and tasty, though I might skip the carmelized onions if I did it again. 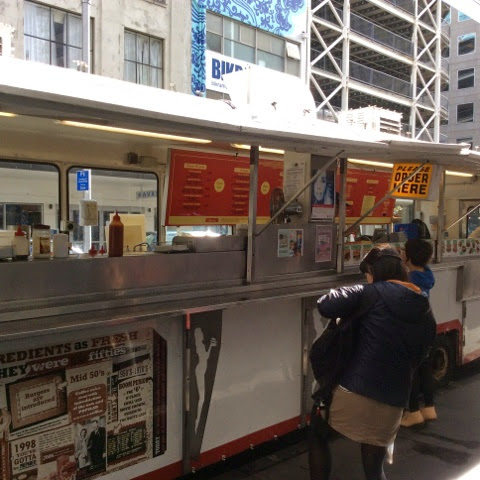 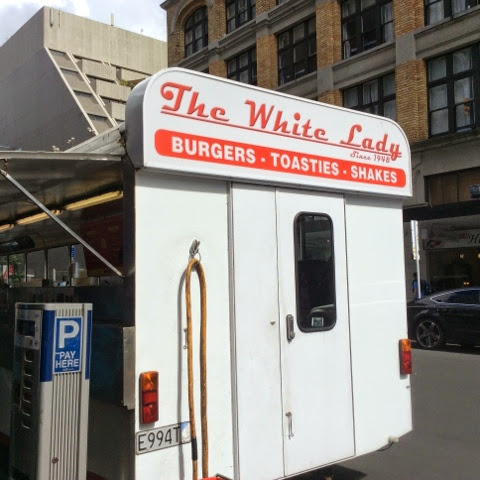 I slept intermittently on the bus and awoke to rolling pastures with cattle and sheep. I snapped photos as best I could from the bus, but the countryside was lush and green and again reminded me of Oregon, especially when the sun gave way to clouds and rain.

I've been well spoiled in the lovely Bay of Plenty. Nikki was waiting there for me when the bus arrived in Tauranga. Phil and Nikki have a beautiful home and the whole family was very welcoming. That night they had friends over to watch the All Blacks rugby match and Nikki served up melt-in-your-mouth slow-roasted lamb and the most wonderful cous cous with orange zest and pistachios. Sunday was fathers' day here. After Nikki and I took a walk down the beach and strolled back with a coffee, Phil and Nikki took me to "the Mount," i.e., Mount Maunganui. We walked the breathtaking trail around the base of Mauao, the volcanic focal point of town. Phil spotted a fur seal splashing just offshore, so I'm hoping I'll see more when I return for another walk there. For dinner we had a Kiwi barbeque, Phil grilled up incredibly tender beef kabobs and Nikki made a red and green cabbage slaw and a chickpea salad I couldn't get enough of. I felt bad that they were constantly feeding me so well, so on Monday I walked to the grocery store for provisions. When I got back to the house I made chicken with apricot sausage, white wine parmesan risotto, and baby spinach sautéed with olive oil and garlic. 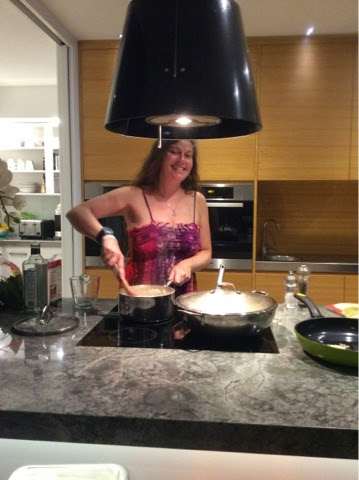 On Tuesday I took the bus to Tauranga, checked out The Strand (little shops and restaurants, though it seemed sleepy by day), then hopped the bus on to Mt. Maunganui. At that point it was almost 2:00pm and I was famished, so lunch was the priority. Astrolabe turned out the most amazing burger, paired with a Mac's Black beer. Yum! I don't know if it's the meat, the seasoning, or both, but burgers in the Cooks and New Zealand are the best I've ever had. And those who know this runner-girl know she's a "bottomless pit for food" and likes a good burger and fries. I don't know how I'll suffer through American burgers after this trip. 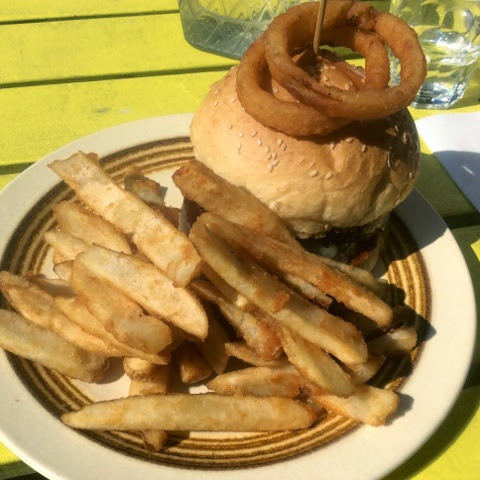 I walked the main strip of boutiques and window-shopped and then headed for the challenge of the day: the summit of Mauao. It was not an easy trek up, but I did take the more gradual route up and then the steep stairs down. The views from the top were worth the effort to get there. I was impressed by all the folks getting in an afternoon trail run on those hills. Folks were also out paragliding. Rain was just around the corner, so I'm glad I seized that clear, sunny day to tackle the Mount. 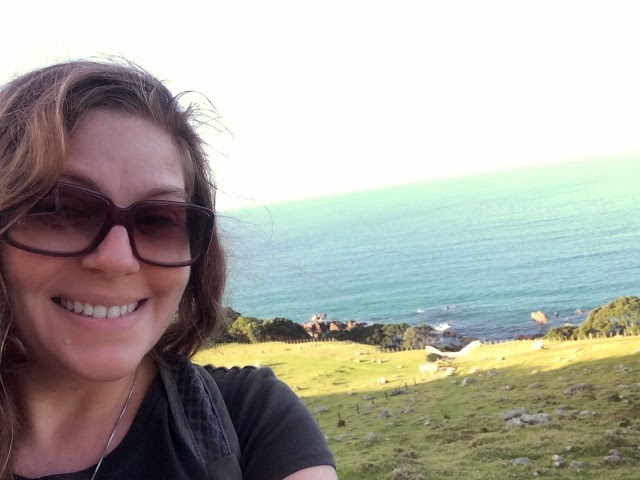 I'll be back in Papamoa soon, but yesterday I bussed over to Rotorua, so now it's time for a couple days in the geothermal hot spot of New Zealand!

I seriously dislike icloud so I've had to come up with another solution for photos. (P.S. I tried switching to Flickr but the interface is nightmarishly bad. And I would spent hours setting albums to be publicly viewable, and then they still wouldn't be. Basically anything to do with Yahoo sucks so I deleted the Flickr account, and will have to come up with another solution. C'est la vie.)
Posted by Suzy at 12:50 AM